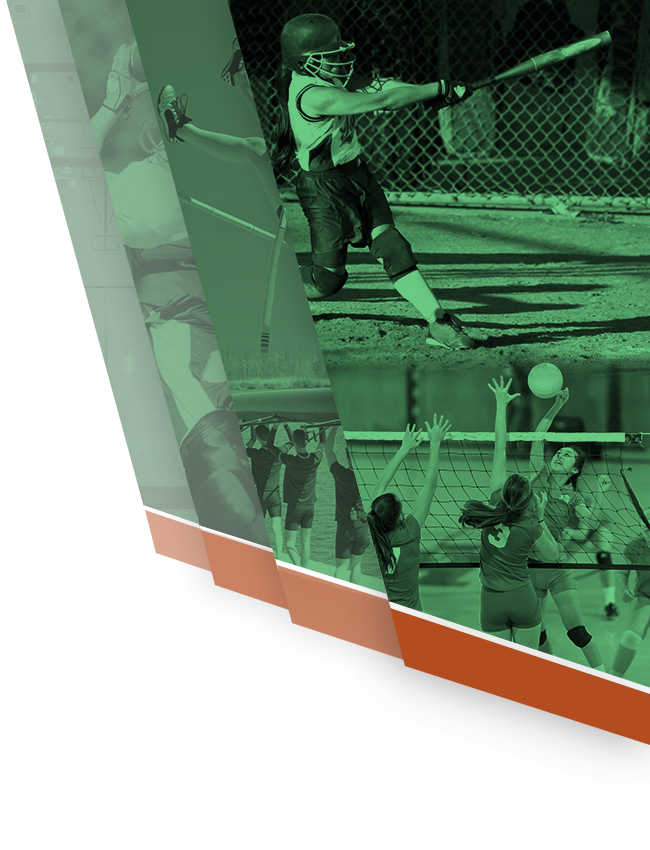 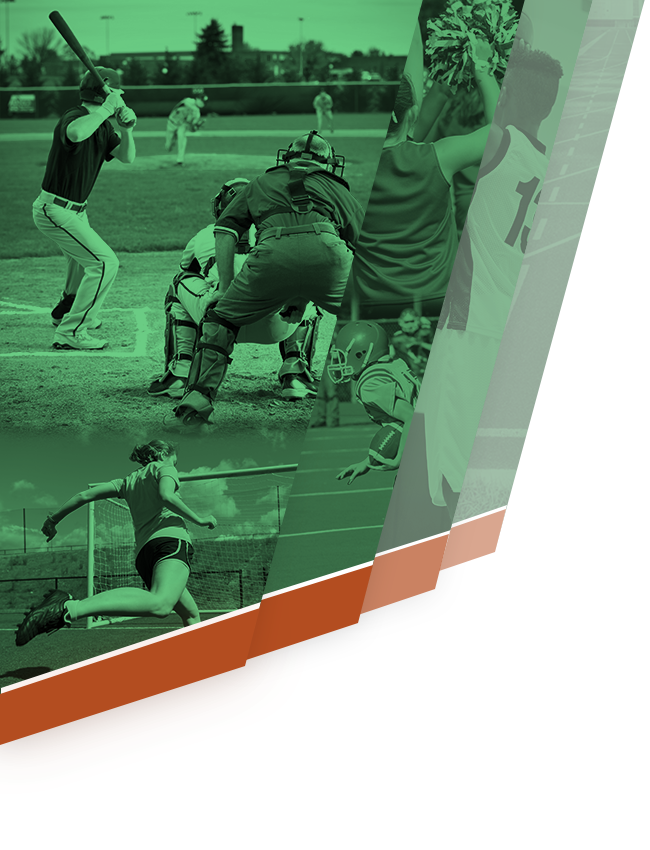 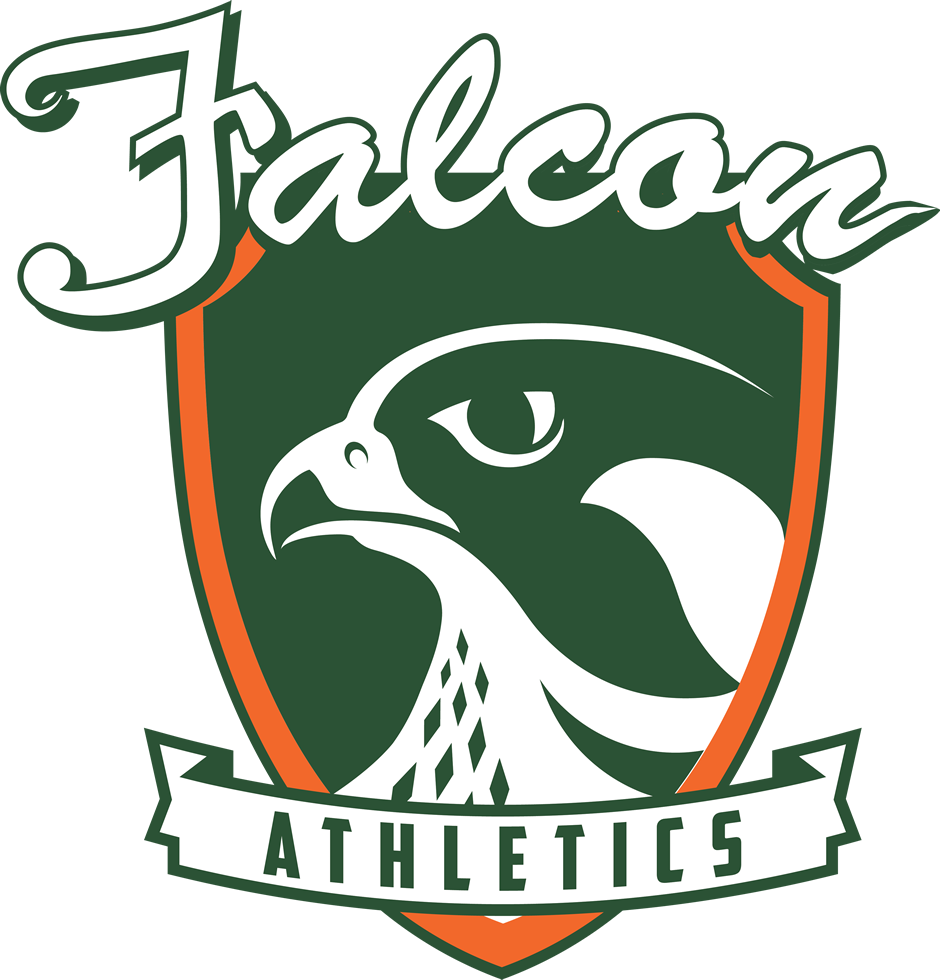 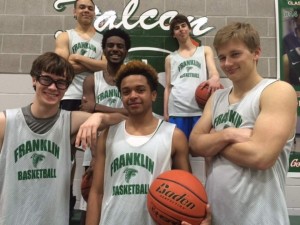 The Ben Franklin boys basketball team filed into the gym for practice one by one Wednesday evening, each player carrying a book bag.

School had ended two hours ago, but the players had just wrapped up a 90-minute study hall session, just like they do before every practice.

At Ben Franklin, one of the top academic public schools in the state, books come first.

But this year’s basketball team has shown that it can ace a test or two on the basketball court as well.

The Falcons clinched the District 9-4A district championship Tuesday night with a 60-55 victory over Lake Area. They pushed their record to 22-3, believed to be the most wins in school history.

But if you think the 22 wins are impressive, here’s a number that may impress you even more.

The average ACT score of the Falcons’ starting five is 27.6. The ACT scores of the starters range from 22 to 32.

“I hope people look at us now and know that you can get a great education here and also play for a good team,” senior Jack Heyl said.

The latter wasn’t always the case.

Derrick Allen, in his eighth season as coach, will never forget a 60-point shellacking his team suffered five seasons ago against St. Augustine.

“As the years went on, we lost games to other teams by 40, then 30, then 20 points,” Allen said. “I would always tell the guys we weren’t losing games. We were learning how to win games. We just kept getting closer and closer, and now we are finishing those close games. We haven’t turned the corner yet, but we are headed in the right direction.”

Six seniors (Jonathan Green, Jacob Yager, Herb Bean, Payton Malloy, Heyl and Austin Howenstine) have paved the way, helping basketball grab a little of the spotlight at the school known more for its success in other sports.

“Things have changed,” Bean said. “I had people walking up to me today at school who I don’t even know congratulating me for winning district.”

As far as anyone could remember, it was Ben Franklin’s first district title in boys basketball.

Twenty-four state championship banners hang on the walls in the Ben Franklin gym. Eight are for soccer, six are for tennis, six for volleyball, and four are for swimming.

None are for basketball.

“I hope we put basketball on the list too,” Malloy said.

The Falcons are on an eight-game winning streak. Their only losses this season came against Rummel, Shaw and Franklinton. They boast wins over the likes of Holy Cross, East Jefferson and Higgins.

“It makes me feel really good to see how far we’ve come,” said Green, averaging a team-high 12.5 points in the balanced scoring attack. “People respect you. No, four years ago I didn’t think we’d be here. But four years ago, you could tell it wasn’t really like a team. The players weren’t as close as we are now.”

This year’s team hangs out on and off the court. They have group text messages that keep them all in touch with each other. They play pickup ball together on the weekends.

“The team chemistry has been the best I’ve ever experienced,” said Heyl, also an all-metro pick in football. “When we get down, we stick together. It’s like a family. It’s been fun to win and have fun at the same time.”

Heyl played Tuesday’s district-clinching game on just two hours of sleep after staying up until 4 a.m. to complete a school project.

“You have to be mentally tough and spend your time wisely,” Bean said.

Bean scored a 31 on his ACT. That’s second on the team among the starters, trailing Yager by one point.

“When I’m not playing basketball, I’m doing my homework,” Yager said. “It’s hard at times, but you have to keep pushing.”

Ben Franklin will host Senior Night on Friday when it plays Riverdale. A victory would give the Falcons a 6-0 mark in district play, a complete turnaround from a season ago when they went 0-6 in district play.

”We are fulfilling expectations,” Allen said. “I expected us to be competitive and make a run for the playoffs, but the success we are having now is overwhelming. Like I always tell them, we are going to ride this boat as long as we can keep it afloat.”

And Allen, who graduated from John F. Kennedy, doesn’t plan for Ben Franklin to just be some one-year wonder.

“It makes me proud of my kids to see where they have come from to where we are now,” said Allen. “I always tell them in five to 10 years, we are going to remember this. I want them to come back and see what they’ve built.”

No Events This Week

Events are added by athletic staff.
View All Events